Reinventing economic development: Can Economic Development Get Its Mojo Back? 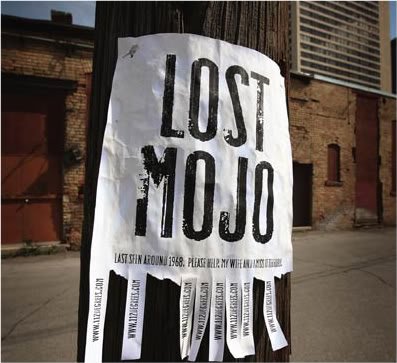 Can Economic Development Get its Mojo Back?

The economic development business has lost its mojo, and the timing couldn’t be worse.

With millions of people out of work and many more households, businesses and local governments on the brink, you would expect that more civic time, money and creativity would be put into finding practical ways to grow local economies. But you would be wrong.

Most places are doing less. State and local governments continue to cut economic development budgets, and private sector contributions to local job creation efforts are way down. In a bad economy, you have to do more, not less.

The weakening of existing economic development program efforts and the conspicuous lack of a sense of urgency and new strategic thinking among economic developers doesn’t square with the realities of our predicament.

There are several explanations for the lack of urgency and new thinking:

We don’t understand how bad things really are, we don’t realize that new opportunities and program approaches are possible, or we don’t believe economic development programs really work.

During the first two years of the recession, most of the jobs were lost from the private sector. Now the pressure is on public sector employers to right-size. The census has been taken, servicemen and women are coming home needing jobs, and the hundreds of billions of federal stimulus dollars that shored up state and local payrolls last year are gone.

Losing public sector jobs will take still more money out of local economies and put more downward pressure on private sector demand, job creation and tax revenue – and the spiral will continue. For most communities, the only way to buck these trends is to create new economic base jobs – those that export most of their goods and services and bring in new money.

There are thousands of healthy economic base employers who will be expanding soon, and many are quietly doing their site-selection research now. At the same time, fundamental changes in the economy are creating a new set of economic base market opportunities. Technology has enabled a new generation of marketing and sales systems that make new approaches to creating economic base jobs possible. Some of these approaches are especially promising for communities that were previously locked out of the traditional big-game hunting approaches that economic developers relied on in the past.

More troubling than a miscalculation of our predicament or a lack of vision is the proposition that we don’t really have influence over our economic future. There are a surprising number of people who believe they have no influence over their lives. If you don’t believe there is anything you can do to influence your future, you have no practical reason to think about it. If you don’t believe, you are likely missing the critical brain applications required to set goals, make plans and take strategic action. Without this “Gumption App,” there is no rationale for initiative.

Economic development requires communities to have a collective version of the “Gumption App.” If your community and business leaders, who supposedly know how your economy works, don’t believe that a well thought out economic development strategy with performance-driven staff, funding and management can create new economic base jobs, you have a serious problem.

The “App-less” nonbelievers and fair weather believers, who think economic development efforts only pay off when the economy is expanding, need to look at their predicaments, consider the spectrum of opportunities, and muster courage and commitment. Keeping your powder dry until the business cycle turns back up is not going to help. Yes, economic development is more challenging and more expensive now. It takes a lot more marketing and sales time to find and close a deal now than it did before the recession, but we need economic development to work more now than we did then.

Instead of winding down, we need to put our top-performing senior economic developers, who have the industry relationships, back on the road to chase the big-game projects. We need to recruit and train a new generation of tech-savvy 20- and 30-year-olds to help perfect the new approaches. Getting your mojo back is going to take a much higher level of commitment and creativity.

If you are having trouble, try putting some unemployed citizens on your board. I bet you’ll get new ideas and action real fast.

Read more: Can economic development get its mojo back? – New Mexico Business Weekly