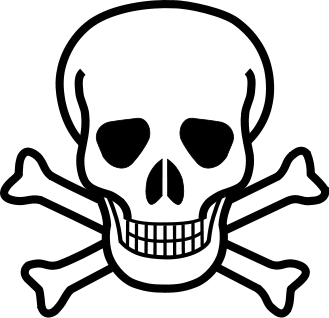 Responding to an economic death threat

Being introduced as the Dr. Kevorkian of economic development at a speaking gig in Nashville last week reminded me that I needed to look for some positive and inspiring things to talk about.

While many community leaders pray for economic development projects — they’re too confused, discouraged or distracted to try to plan anything — and others bang their heads against the wall using the same, obsolete strategy they’ve used for years, there are a few who, in the face of all the doom, gloom and uncertainty, are taking the bull by the horns, developing plans and inspiring others.

Some of that inspiration is coming from a small group of private sector business leaders in the Four Corners area who are investing their time and money to save their community from a future of continued economic decline and get it back on the path of prosperity.

In early 2010, alarmed by record local unemployment, a natural gas basin 10 years past peak production, the imminent decommissioning of three of their five coal-fired power plants, and a gathering storm of economic, demographic and regulatory threats, a group of eight business leaders began meeting to see if there was something they could do about it. They began referring to themselves as a local think tank and named themselves E > P, after their definition of economic development: growing the economy faster than the population.

They could see that after 75 years of uninterrupted growth and prosperity, the community’s economic base of natural gas production and coal-fired power generation was unlikely to continue to sustain the area. Sensing they were at a crucial point in their history, they needed to get a data-driven sense of their predicament. They had to determine how many new economic base jobs they would have to create every year to make up for the expected job losses, while throwing in a little extra to keep the economy growing a little faster than its population.

They hired an economic analytics firm to do research and run scenarios. The conclusion: To regain the ground lost during the recession, and sustain a modest 1 to 2 percent growth rate, San Juan County’s regional economy would need to add 4,300 economic base jobs by 2015. If the new jobs came in 50 new hires per firm, it would mean attracting, starting or expanding 86 firms by 2015, or roughly 20 job-creation transactions per year. Yikes!

Next, they needed to determine which economic base sectors were best bets for creating those 500 new economic base jobs each year, and get an idea for how many transactions in each sector they would need.

The group worked with site-selection and economic development consultants to research which economic base sectors looked most promising. They looked for growth industries that fit the skills of the local work force, supplier base and the economic and resource profile of the region, and analyzed the area’s competitive advantage for each. Out of the 20 industry sectors evaluated, they narrowed the field to five initial target sectors and began sharing information with a group of community stakeholders.

As the planning process expanded, five program efforts emerged: energy and manufacturing, agriculture, location-neutral services and health services and tourism. They held a day-long café-style charrette (fancy French name for a design meeting), so community members and experts could critique the research and add new ideas and insights.

In anticipation of the next steps of mobilizing the broader community to deliberate over findings and recommendations, write and adopt a specific strategy and plan and begin reorganizing the community’s assets for implementation, the eight jumped on a plane to Tupelo, Miss., to spend the day with that city’s economic development and community leaders to learn how Tupelo has managed to stay ranked as one of the top 10 economic development programs in the country for the past several decades.

Their colleagues in Tupelo confirmed what they already knew: It won’t be fast, cheap or easy. But they have the right stuff:

• a strategy and plan,

• and an economic death threat for motivation.

What the Four Corners is doing, and the way they are doing it, should inspire other communities to take the bull by the horns and plan. It will significantly leverage your prayers.