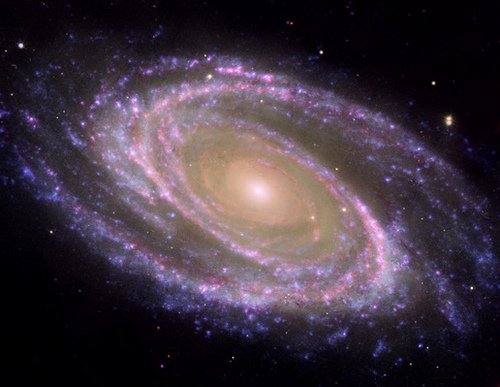 In case you missed it, physicists now believe as much as 70 percent of the mass of the universe is made of “dark matter” that’s pushing everything apart at an accelerating rate.

It’s a bummer in the long run — our molecular structure is going to explode a lot sooner than we thought — but in the short run, it means that entropy, the phenomenon in which a system moves from a more orderly to a less orderly state, is accelerating.

If entropy is at work on everything in the universe, that probably includes the economy. That means maintaining order and getting control of our economy will take more effort and money than it did before.

We need to create thousands more economic base jobs each year than we lose. Without economic base jobs — those whose goods and services are exported outside the local economy and bring in new money — there are no service sector jobs.

By all accounts, New Mexico and its communities are investing much less effort and money in economic development than before.

Even in last year’s dog of an economy, there were 3,000 to 4,000 job-creation projects in the U.S. up for grabs. Over the past six years, New Mexico has lost much of the competitive edge we had over our regional rivals. Arizona, Nevada and California are awash in foreclosed residential, office and industrial property at fire-sale prices. We didn’t have much of a real estate bubble here, so we don’t have those fire-sale prices to offer.

Texas and Oklahoma never went into recession, and have dramatically increased spending on new capacity and marketing efforts. After dropping out of the economic development game for a decade or so, Colorado and its communities are getting back into the game, and Utah continues to build a reservoir of young talent that is the envy of the country.

To make progress in an economic system that’s experiencing entropy, we need to get radical. Here are some ideas:

• Give the governor a $100 million discretionary fund to offset the structural cost advantages of competing states. We aren’t going to win many deals without it.

• Completely overhaul the New Mexico Partnership    , the state-funded private not-for-profit marketing arm of the Economic Development Department, or start over and put the contract out for bid.

• Eliminate corporate income tax on economic base employers. It wouldn’t be much in lost revenue, because most of them work things out so they don’t pay it most of the time.

• Eliminate property tax on investment in new plants and equipment for economic base employers. This is the type of investment that creates jobs and increases productivity and wages. Employers can get out of paying the tax by using industrial revenue bonds, so let’s save them the trouble.

• Eliminate gross receipts tax pyramiding — essentially, an extra layer of taxation at each stage of production — on contract services to the federal government. It is the only way we can hope to maintain our government-related economic base during the coming era of austerity.

• Eliminate personal income tax on self-employed, full-time residents who work from home and earn more than $100,000 annually. This is the fastest-growing economic base sector and the best hope for meaningful job growth in the near term, especially in rural communities.

• Tourism and housing interests around the state should join in a major marketing effort to target high net worth out-of-state residents who are likely to visit and are susceptible to a pitch to retire in New Mexico or move here and work from home.

• Fund the Job Training Incentive Partnership on a recurring basis so prospective employers don’t have to handicap the chances of it being funded every year.

• Hire an economic demographer to develop a system that can track real-time demographic and economic changes at the community level and determine whether our economic development efforts are working. Right now we’re flying blind.

• Residents, businesses and especially our local tax-dependent institutions need to adopt a new attitude about keeping discretionary contract spending in New Mexico. It has been painful watching many of New Mexico’s venerable employers suffer round after round of layoffs as our state and local institutions award billions of dollars in contracts to out-of-state employers. In this economy, every award to an out-of-state contractor weakens our ability to compete, strengthens our competition, dumps more of our friends and neighbors onto the unemployment rolls and destroys desperately needed taxable income.