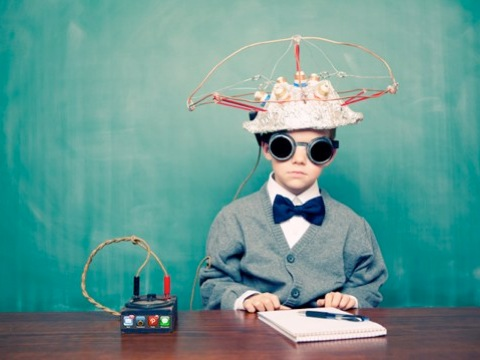 This blog is about two friends in Colorado Springs who might have developed the Silver-Bullet solution for two of the most wicked and intractable challenges communities face today: underperforming public schools and a growing shortage of technical talent.

The observation comes from Ukrainian-born physicist, Anatoliy Glushchenko, who, after living in France, Germany and South Korea early in his career, noticed that most countries either over-produce or under-produce technical talent.

After a stint at the Kent State University Optics Lab in the early 2000s, Anatoliy moved his family to Colorado Springs to pursue an opportunity with the University of Colorado in Colorado Springs. As he attempted to enroll his eldest daughter in middle school, he discovered that she would not be able to take physics until her junior or senior year of high school.

Some follow up research revealed that countries that over-produce technical talent teach a full spectrum of physics topics in all middle school grades, no exceptions. The under-producers wait till later in high school and sometimes make it an elective.

Turns out, if you start teaching physics in middle school, it completely rewires the student’s brain for complex, analytical thinking and drives a school’s success metrics through the roof across all subjects.

Physics is the fundamental science discipline that describes how the world works. Whether a student goes on to become an engineer or a musician, the end game is the same. Studying physics at an early age develops critical thinkers who can internalize and process complex ideas as they advance in life.

Most young brains are uniquely curious and eager to learn up until around fifth grade. The National Science Foundation calls this group our future innovators. Waiting to offer physics until the 12th grade chokes off interest in STEM fields and drives the sky-high attrition rate of freshman STEM majors.

The program requires a one-time investment cost of $50,000 per middle school for all three grades, and does not require the recruitment of physics-qualified instructors. The model is to train the trainer (the teacher) who, in turn, educates the student. All content is now online and plans are in place for a full suite of videos to enhance the training experience.

The pilot program was implemented in two of Colorado Springs’ poorest performing middle schools and the first-year results were spectacular.

Colorado Springs’ School Board Chair, Deborah Hendrix, reported that in one year the program literally flipped poor student’s performance across all subjects.

Harrison School District conducts a number of assessments to show mastery of concepts, subject matter and academic growth. These measurements are all designed to see whether or not students are growing to be better prepared for the next grade and/or stage in life.

The state has several measures as well. The one that notes growth of students is called the Median Growth Percentage. Low growth is 1-34; median growth is 35-65; and high growth is 66 and above.

Carmel Middle School is one of the poorest performing schools (Eighty-five percent of its students get free or reduced lunches). This past year, Carmel Middle School’s growth was 72. Although the Transitional Colorado Assessment Program (TCAP) scores were not stellar, the growth rate was exceptional; Carmel’s students grew more than one grade level. This is significant because many of the students come to the school 2 and 3 grade levels behind.  Of particular note, they found their Math and English departments pacing off of the physics curriculum.

Not only could Anatoliy’s solution flip student success metrics in your middle schools next year, but in six to seven years you would infuse your local economy with a steady stream of high school graduates wired for technical work and bury your higher education institutions with STEM majors that won’t wash out their freshman year.

On November 14th and 15th the Community Economics Lab, an Albuquerque based think tank, will host Anatoliy Gluschenko, Dave Csintyan and the See The Change Foundation members for a series of seminars on the program. New Mexico’s education, economic development and community leaders are encouraged to attend.