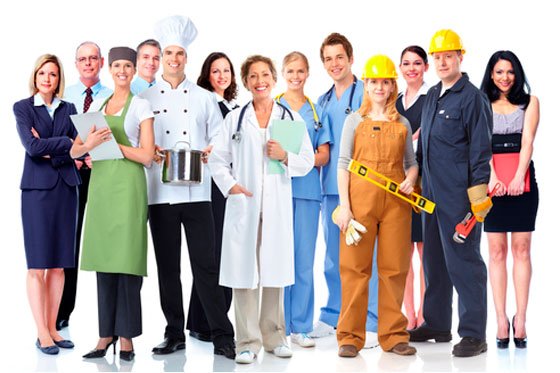 The first step is to get a grip on the problem. This means developing an understanding of the nature and dimension of the threat to your company, your industry and your host communities. For many, this is still counterintuitive. How could the biggest barrier to corporate growth and economic development be a shortage of labor, when 10 million Americans are still out of work? High unemployment numbers used to mean that there was a surplus of qualified workers in the market and headroom for the local economy to grow – not anymore.

Next, employers’ and the community’s job-creation strategists must be willing to iterate how many of which occupations will be needed, develop a common standard for work-readiness and start gathering data and intelligence on the dynamics of the local workforce. How many qualified workers will you lose in the next 10 years? How many workers will be lost to retirement, skill obsolescence, disincentives to work, health or family issues or recruited away? What forces and factors are driving each major source of attrition? What can employers and community institutions do to mitigate losses in each area? How many qualified workers could be retained by each solution?

This is, admittedly, a heavy lift for an already strapped business community, but without much better predictive and descriptive data on the jobs that are likely to be in demand, and intelligence on workers’ motivations for leaving, there is no way to structure a mission for educators, workforce developers and community developers, who will have to generate the talent and prioritize the amenities that will make the community a talent magnet.

Then, you will need to map the potential sources of additional qualified workers. You are going to have to estimate how many you could get by promoting from within, from better aligned K-12 school systems, better aligned university programs, a better aligned mid-career change pipeline, from conversion of the hard-to-employ and chronically poor into mainstream workers, recruiting from outside the community and repatriating former residents.

As the data and analytics accumulate, the solutions will be obvious. In most places, it is going to take tactful and inspired leadership from the C-suite to get this done.

This is new territory for everyone. There are a few places around the country where employers and their community partners have focused on aspects of the problem, but no one has tackled the wicked problem of how to get the players together, get clarity on the problem and gain consensus on the solutions and commitments to implement.

Some examples of things you can do now, include a middle school physics solution.

A not-for-profit group called See The Change USA, in Colorado Springs, Colo., has developed, tested and is rolling out a middle school physics program that flipped the student success metrics in the two poorest performing middle schools in the region. In one year, the student body (90% free and reduced lunch) went from 80 percent testing one-to-two years behind grade level in all subjects, to 80 percent one-to-two years ahead – a spectacular four year jump for many.

The program was developed by Ukrainian Physicist Anatoliy Glushenko after he realized that the only difference between places that over-produce and under-produce technical talent is when they start teaching physics. Where conceptual physics is taught as a core subject in 6th, 7th and 8th grades, and math-based 9th through 12th instead of waiting till senior year to offer it as a “nerd only” elective, they put STEM students into college and directly into the local workforce ready to do technical work.

There is a one time $50,000 cost per middle school for curriculum and teacher training support. This is a program that employers could introduce and pay for that would immediately improve the performance of the local schools, eliminate remediation costs for the area’s community colleges and slash the STEM washout rates at universities. Maybe more importantly, young workers not going to college would flood the local labor market, prepared to do technical work five-to-seven years from now.

Spectacular examples of leadership include what Oklahoma City did after United Airlines told them they just couldn’t see their employees living there. The community’s major employers and community leaders calculated what it would take to attract young talent to the city and invested the billions it took to make the area attractive.

Other interesting initiatives include:

While this will be a supremely difficult lift in most places, take heart there is now compelling research that people who work on the most difficult problems are the happiest among us.